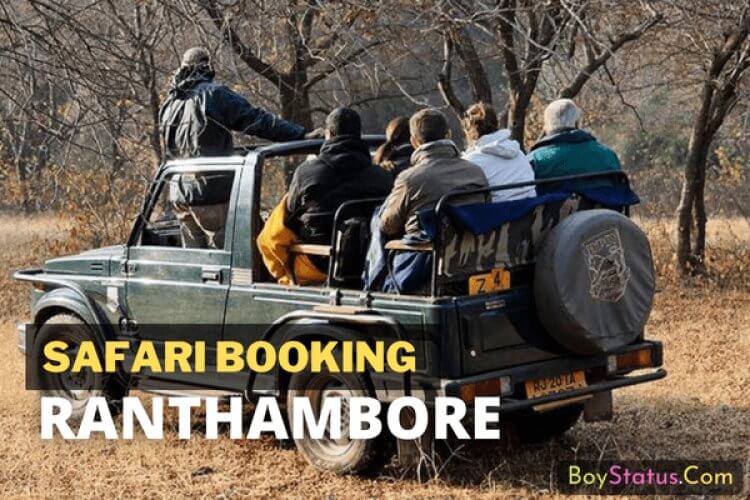 This national park used to be the hunting site of the Maharajas of Jaipur in the ancient. In the 1980s it was declared a national park by the government, and now it\’s an attractive palace for photographers and wildlife lovers.

Tropical dry deciduous and thorny vegetation is found in Ranthambore due to the limited water in the narrow valleys, in Ranthambore National Park you will find some water lakes, the major districts of which are Padam Talab, Raj Bagh Talab, and Malik Talab. Ranthambore is the only national park that is the best place to see tigers in their dry deciduous natural habitat. Tigers can be easily seen here.

Ranthambore National Park is famous for its flora and biodiversity as well as one more thing that is the Ranthambore Fort. This fort was built by the Rajputs of the Chauhan dynasty in 1110 AD. This fort was built in the middle of the 10th century. It started in the year and lasted for many centuries. Today the fort of Ranthambore is wholly ruined but the remains of the war can still be seen there. This fort is surrounded by trenches on all sides, so it could never be conquered by the enemies.

Today, Ranthambore National Park has become a popular tourist destination in the world. Tiger lovers from all over the world come here every year to see tigers. Recently a film has been made about a famous tigress \”Macchli\” which is known to the world. Published in many languages ​​around the world \”Macchli\” was considered a famous tigress of Ranthambore, She became weak due to prolonged illness and died in August 2016.